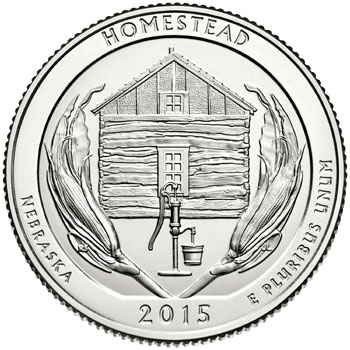 The Homestead National Monument of America Quarter represented the twenty-sixth overall release within the America the Beautiful Quarters Program. The site represents the state of Nebraska and was federally designated on March 19, 1936.

About Homestead National Monument of America 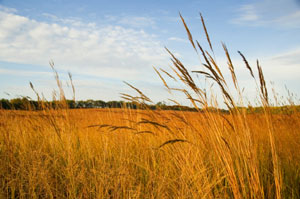 Have you ever wondered what motivated the early American citizens to leave the heavily populated east coast of the country and venture in to the wild unknown of central and western America? One of the most significant events in the westward expansion was the Homestead Act of 1862. This Act was decreed by the federal government as a way to encourage people to settle down on the wild prairies and mountain areas of the central and western country side of the country by offering them free land if they would just come and live on it.

The passing of the Homestead Act was monumental, people with no money but strong willpower now had the same chance as wealthy people to have their own tract of land, and all they had to do was survive on it. This of course, proved easier said than done in some instances, and the stories of many of the first pioneers, including the famous Laura Ingalls Wilder, are threaded with heartache and loss.